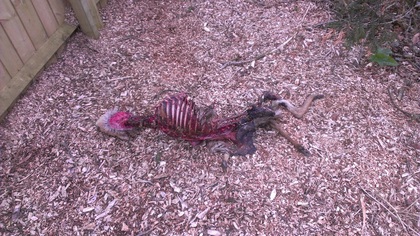 The majority of evidence for big cats in Buckinghamshire is in the form of eye witness reports. Many sceptics reject these as not substantial evidence however I disagree. In this county there are on average 1 official report every fortnight of large cats being sighted. That’s either a report to the media, police, wildlife organisation or countryside agency. The reports always carry the description of one of the three species sighted in this country; black leopard, puma or lynx. The question is how can all these annual 1000 annual sightings all be mistakes and misidentifications?
I am sure some are mistakes however it takes more certainty that most people assume to make an official report to authorities of sighting a large cat. Many people who do see these cats will never report them even to their own family for fear of ridicule and yet people do report them in great numbers. I would like to add here that for every official sighting in the UK and Buckinghamshire there are usually about ten that go unreported, this in my opinion constitutes evidence for the cats existence maybe not conclusive but its evidence. 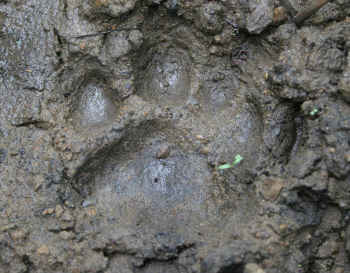 Although there are guidelines and differences between dog tracks and cat tracks these do cause some confusion depending on dog species, the track medium and if there is any slope involved where the tracks were taken. Even the most junior of UK cat researchers can familiarise with the most typical of large cat traits seen in the tiger pen of zoos for example. To the contrary however there is a scope of characteristics to both dog and cat tracks which can conflict and regardless as learned in the past only many verified tracks being found on a continual basis will be enough proof.
Large cats do use the same pathways as dog walkers but not always, in fact I would hazard a guess that a species that is only active in the early hours of the morning for only five hours a day maximum the UK cats make use of roads and railways more than dog walking trails in woodland. Add to this the relentless on going dog traffic along these trails would constantly be stepped upon ruining any cats that had passed by the night before. To add to the dilemma the Chiltern forests with their climax canopy of beech vegetation has carpeted the forest floor with a rigid carpet of gold Beech leaves making footprints impossible to create off the pathways.
Needless to say big cat foot prints have been found in Buckinghamshire more famously the Puma tracks cast at Wycombe Heights golf course. 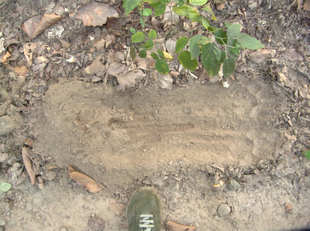 Big cat scrapes are mounds of leaf litter urine and faeces gathered as a  territorial marker. Usually finding a heap of vegetation that smells of ammonia with droppings inside gives a 90% indication its cat. When droppings are segmented with a white colour this also indicates cat with the white calcium from the prey animals bones adding colouration to the scat. Scrapes are found in the Chilterns however in all my years of research I have only found two, both of which I could not afford the DNA testing to 100 percent prove they were made by cats. 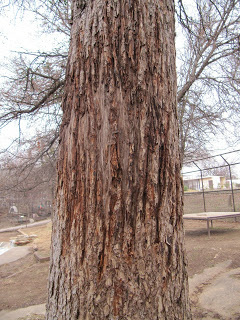 As amateur researchers we have all information to our fingertips about large cats in other countries but we cannot always allow or expect to see the same particular signs of the same cats in our own landscape.
For example pictures of zoo scratch posts are regularly used to give us what to look for however these are concentrated due to the cat’s enclosure and in the Chilterns you may not notice this activity, not to mention the work of deer to the bark of our trees. I do however find parts of old Oak trees at the right height range of 4-6 feet missing bark along the primary woodland game trails which could indicate historic territorial activity. 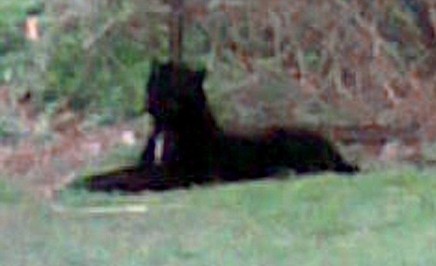 There has been photo evidence periodically in relation to the
Chilterns however their authenticity is usually brought into immediate  question whether genuine or not. For instance a few years ago a guy took a mobile phone picture of what looks like a black leopard in Denham. The picture was blurry, well zoomed in over 400 metres most images on phones are so that’s the first problem. Second problem was it appeared to have a white flash on its chest ‘black panthers don’t have white chests’ the critics roared! Fine I say but if you are going to accuse the image of being blurry don’t rule out the cat is chewing on a white bone of a deer on top of its paws and you can’t make this out because it’s blurry?
I play devil’s advocate when it comes to images but with time and more researchers placing camera traps around the countryside it is only a matter of time before we get a good clear photograph of a big cat in Britain or Buckinghamshire. 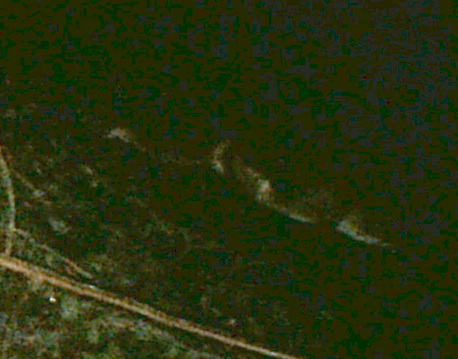 On the plus side I have taken a picture of a leopard just caught outside the flash of one of my hidden night cameras. I know it’s a leopard because of other scale objects at the scene like me coming to collect the camera plus the fact it’s got spots and a heavy tail as long as its body.  I discuss this in detail in my Leopard photo analysis on the blog but can assure you when I get a 100% unquestionable image or video I will use it to continue and aid my research not allow the masses to come up with an explanation to why it can’t be real.
I would like to add that periodically over the year’s very clear images of cats in Britain and CCTV cameras have caught those 100% certain media
of pumas and leopard but the authorities do not want panic. It has become silent knowledge among the police and authorities that they are here and cannot be caught, reports are played down and road kills removed. All over our great Island the hard drives of many researchers’ computers store some very interesting images I am sure but these guys have the cats best interest at heart always. 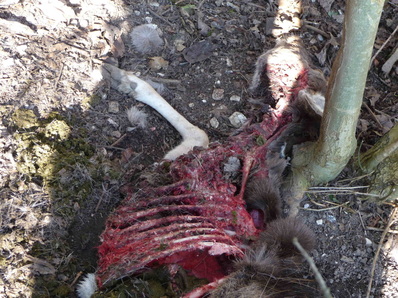 As an active big cat researcher for the Chiltern area I am sent a lot of images of dear kills. I have to say there are very few if any native creatures in our woods that can take on a deer kill it and eat the whole animal in one sitting. Even though this still happens I reserve judgment unless I actually examine the animal personally. Of the two fresh kills I have found I can conclusively say it was a big cat. There is a difference to the way a cat kills and a dog kills even though with dog kills other scavengers come and strip the bones there is cleanness and thoroughness to the way a cat strips its victims flesh.  It is very common to find the classic puncture wounds around the neck of the prey animal as the cat either breaks its neck or suffocates by asphyxiation.
Leopards, Pumas and Lynx can feed on anything from mice to rabbits to deer to foxes. They do take sheep but these species have shown a preference for deer and dog like animals in their own countries of origin. It would make sense the cats take deer and foxes as preference in this country which we have substantial evidence they do. 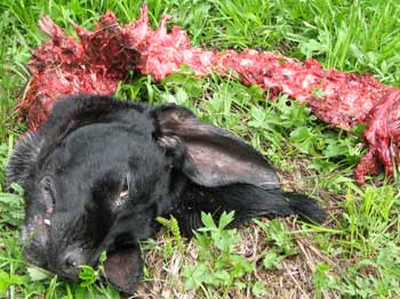 I recently conducted a two day experiment around the Chilterns for an article I was composing for a national magazine. The experiment involved covering a certain distance of rural roads by car and weighing road killed animals as I found them. From this I formulated and estimated that there was probably 300kg of freshly killed meat on Buckinghamshire’s roads at any one time.

I put it to the sceptics that claim that ‘if there were cats there would be farm animals killed daily’. Why would a wild animal take the risk of injury by hunting when it has free food on offer 365 days of the year? Sheep and deer do get taken but the facts remain that they can survive quite easily without hunting livestock.

I have studied missing pet statistics and found there are more missing pets especially dogs, in big cat sighting hotspots than average suburban Britain. Coincidence? In my number one research vicinity in Buckinghamshire where there have been an epicentre of sightings over 30 years there is a new missing dog poster posted every six months on average.

In 2012 there was an incident where two horses were attacked. The first horse charged straight through an electric fence while the attacker leapt the fence to the next field to attack a second horse. Both animals received large cat bites to the neck, back and flanks. The local vet examined the horse and concluded the attack was carried out by a large cat. I examined the animals myself and you could actually see how the cat had clawed and clambered up the back legs then on the horses back and bitten the neck. It was 100 per cent a large cat attack.

There is lots of very good evidence to suggest these cats are present and breeding, if the media and authorities ever confirm this is another matter. 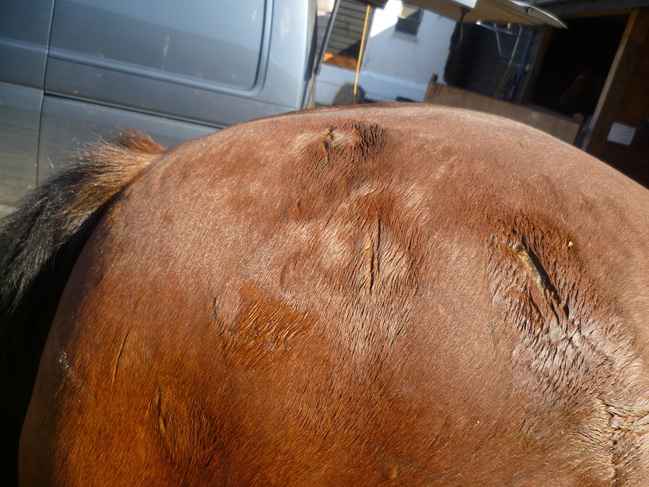 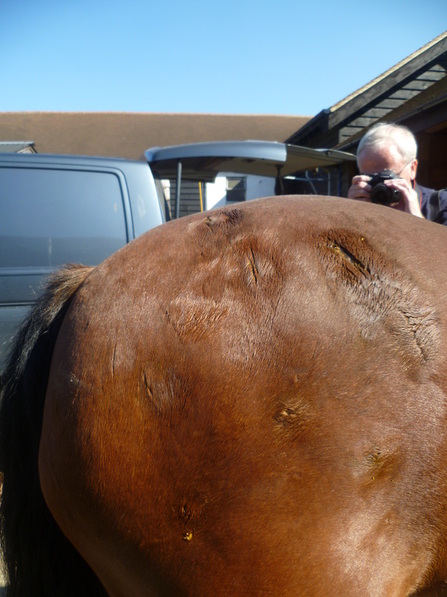